Do not miss a Tour to Trinidad organized by expert agents of Travelnetcuba .Trinidad is a city of about 75,000 inhabitants in the central province of Sancti Spíritus. Together with the nearby Valle de los Ingenios is a site listed as a World Heritage Site by UNESCO since 1988. Trindidad was founded by Diego Velázquez de Cuéllar in 1514 under the name of Città Della Santísima Trinidad. It is one of the best preserved cities in the Caribbean, from the time when sugar was the main trade in this area. It is precisely the remains of that colonial and slavery period, in which Trinidad flourished, that was the main attraction of visitors and the very reason for the prestigious award given to the city and to all the surrounding area most directly interested in the cultivation of sugar cane (the Valle de los Ingenios). Today the main item of the economy of these places is the processing of tobacco. The oldest part of the city is the best preserved and is the subject of tourist visits by organized tours. On the contrary, several areas outside the most touristic part, even very central, offer a cross-section of the most genuine Cuban reality linked to the cultivation of the fields. We recommend a visit to the Iznaga Tower overlooking the city and the valley of sugar cane plantations. Built in the era of Spanish colonialism, for its height the tower was used by the settlers to watch over the slaves who worked in the plantations. In the city, a stop at the Romantic Museum and the Church of the Santissima Trinidad is a must. The Canchanchara is the most famous bar in Trinidad where you can taste a typical cocktail whose recipe is handed down from the colonial era, the cocktail based on lemon juice, cane sugar and rum was used to restore vigor after the days of work in the plantations. Another attraction of the small colonial town is the ceramic craft workshop. At the edge of the city of Trinidad lies the famous Ancón peninsula with a renowned and wide white sand beach (Playa Ancón) on which stands a tourist complex, among the first born after the 1959 revolution, ideal for a refreshing bath and a day at the beach after visiting the city.. 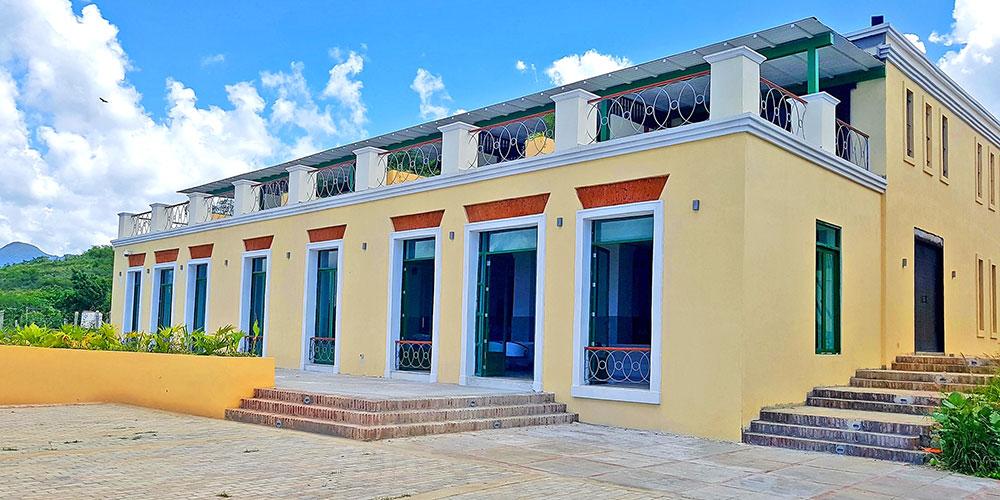 On the ruins of the old military hospital and barracks of the colonial army of the town, this hot... see more 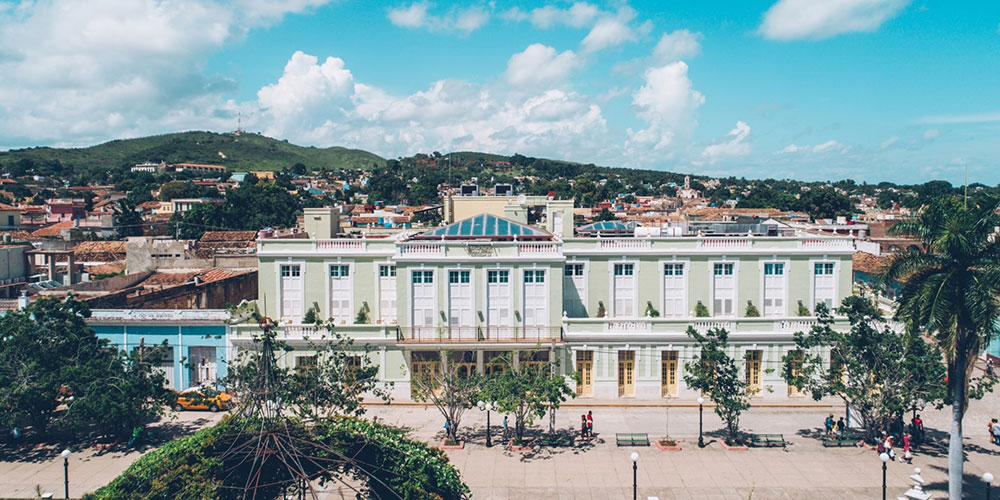 The Grand Hotel Trinidad de Cuba is a 5-star hotel in the heart of Trinidad, a gorgeous town char... see more 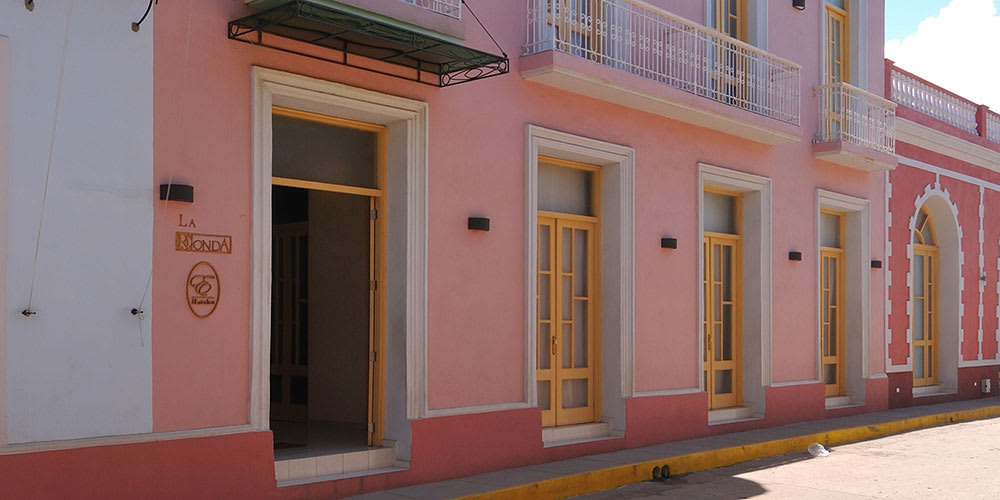 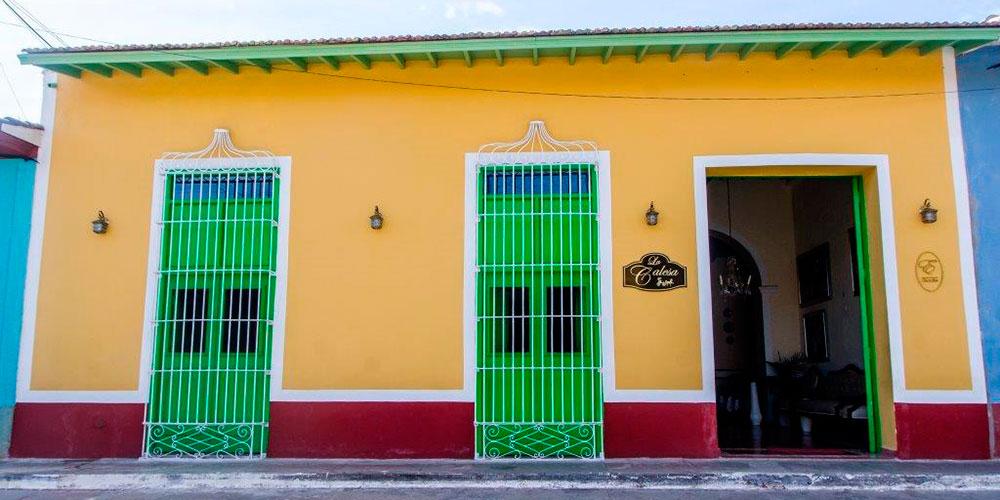 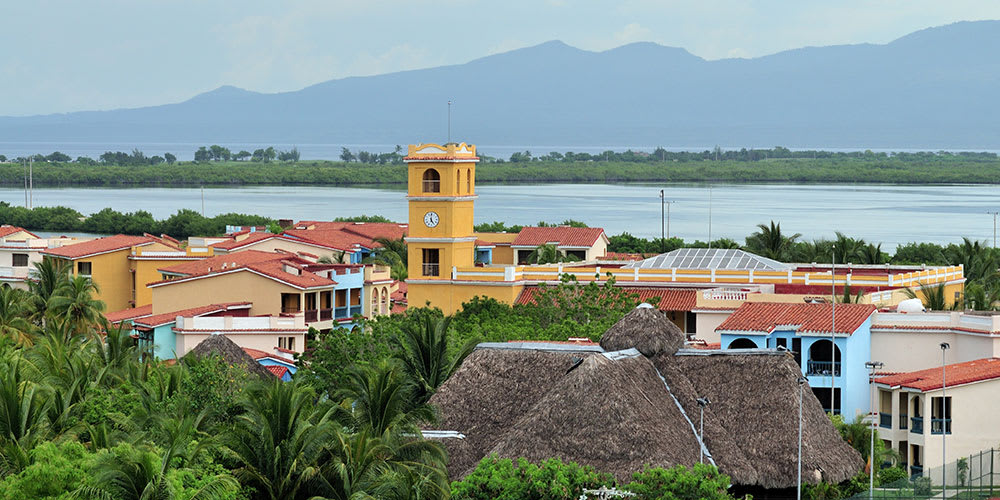 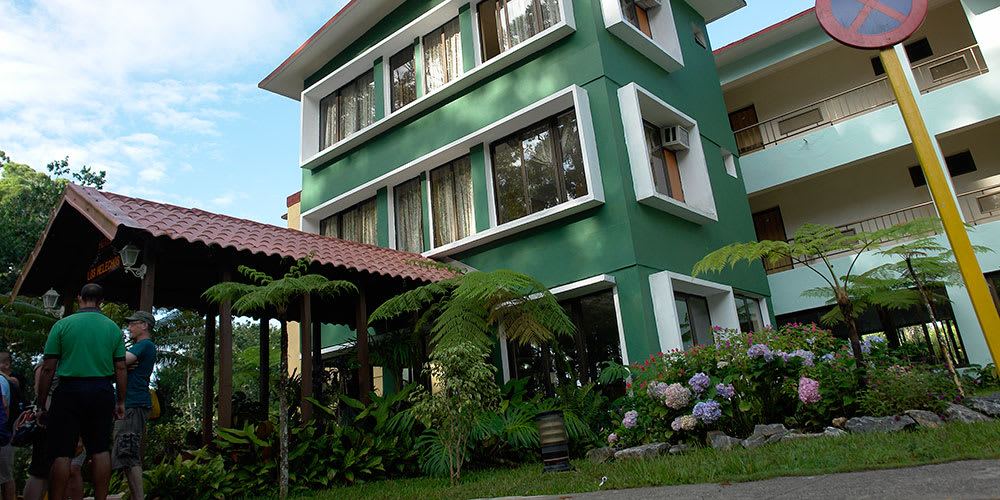 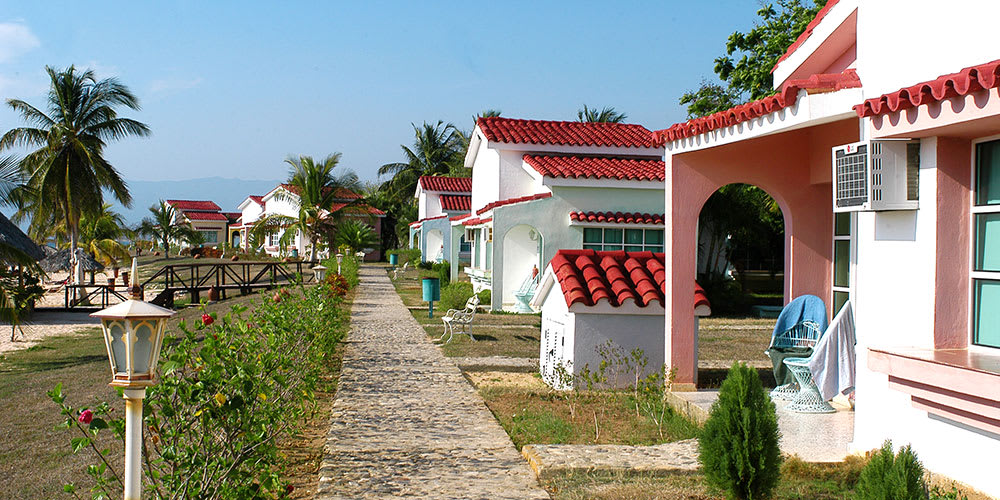 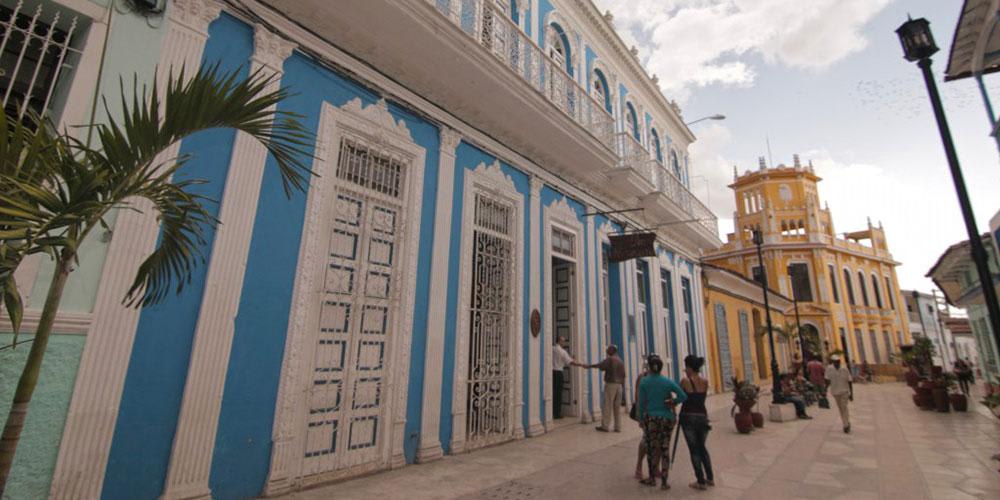 Don Florencio was rebuilt and opened to celebrate the 500th anniversary of the city of Sancti Spi... see more 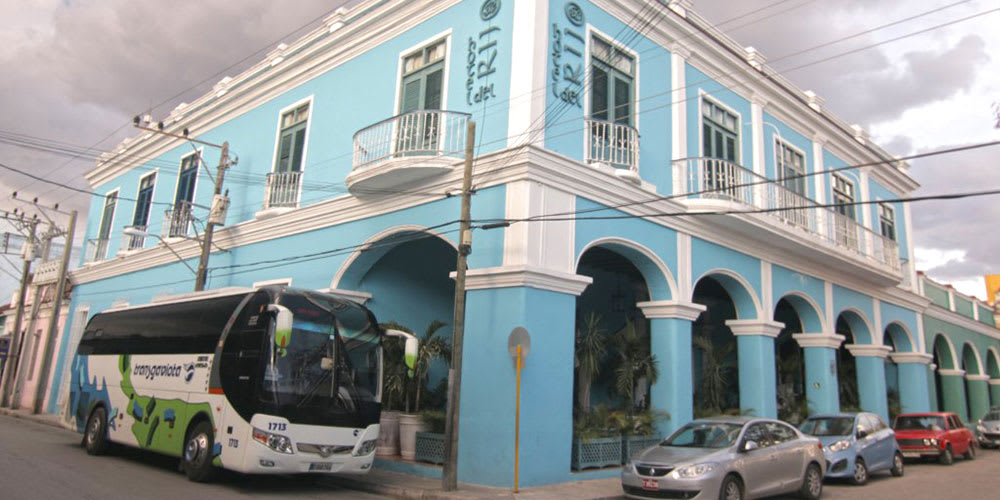 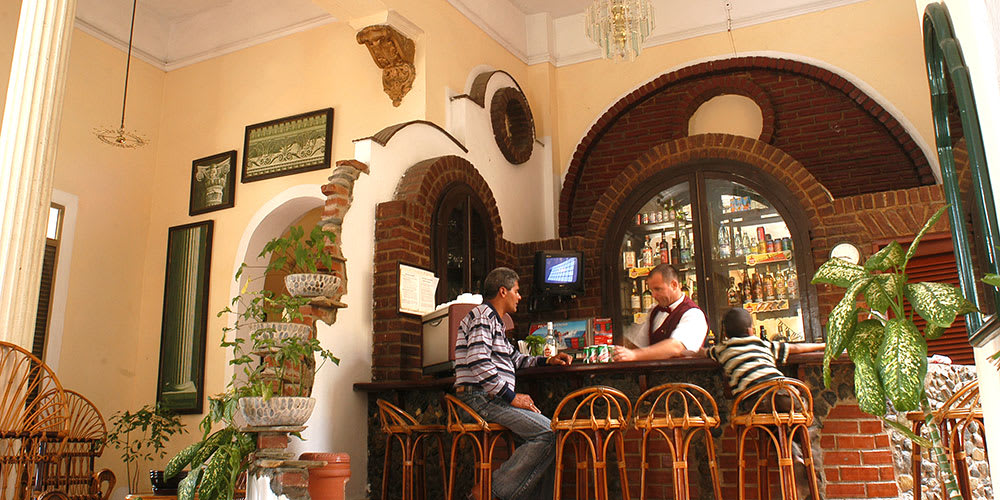 Hotel Encanto Plaza, built in 1843, is a cultural and architectural icon in the historic center o... see more 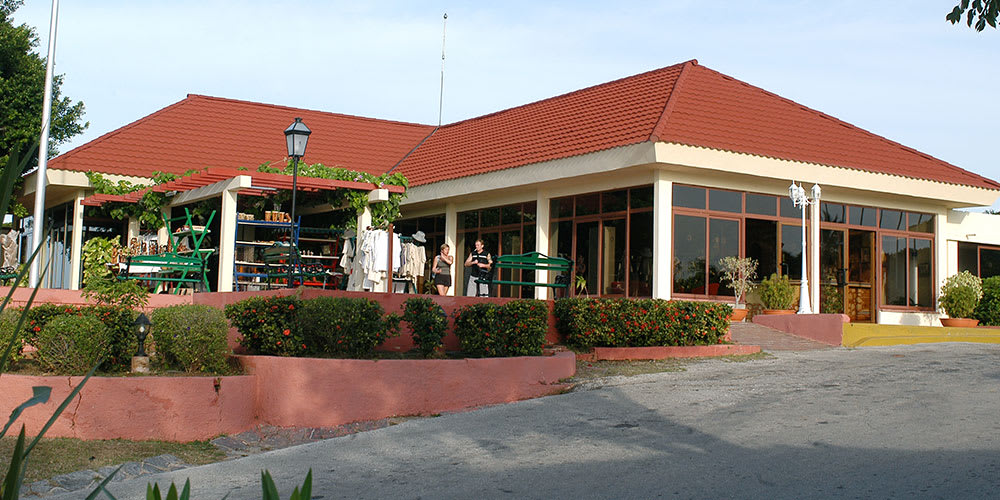 The natural balcony of the city as it is often called; this hotel is built on the top of a cave b... see more 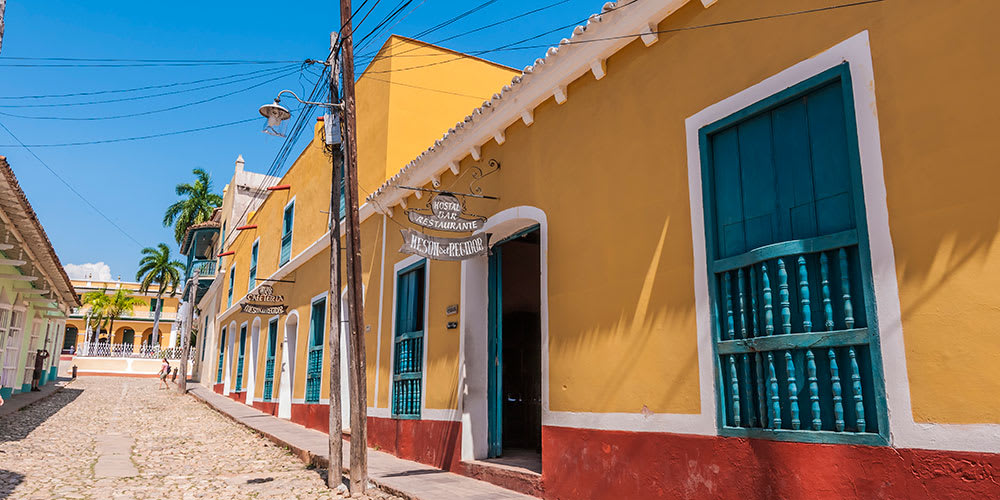 Located in the centre of Trinidad that was declared by the UNESCO World Cultural Heritage, this h... see more 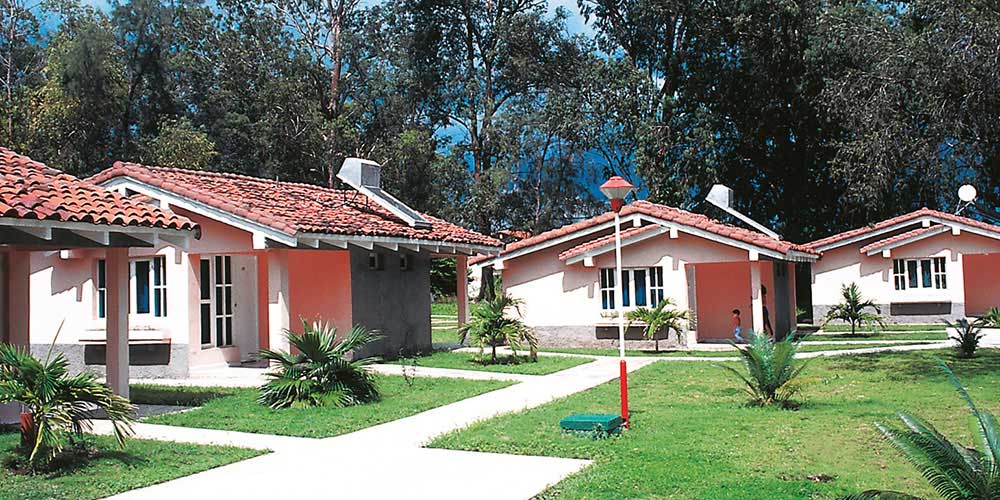 The Hotel Los Laureles has nice grounds and facilities, and is located short (8km) 5 miles from t... see more 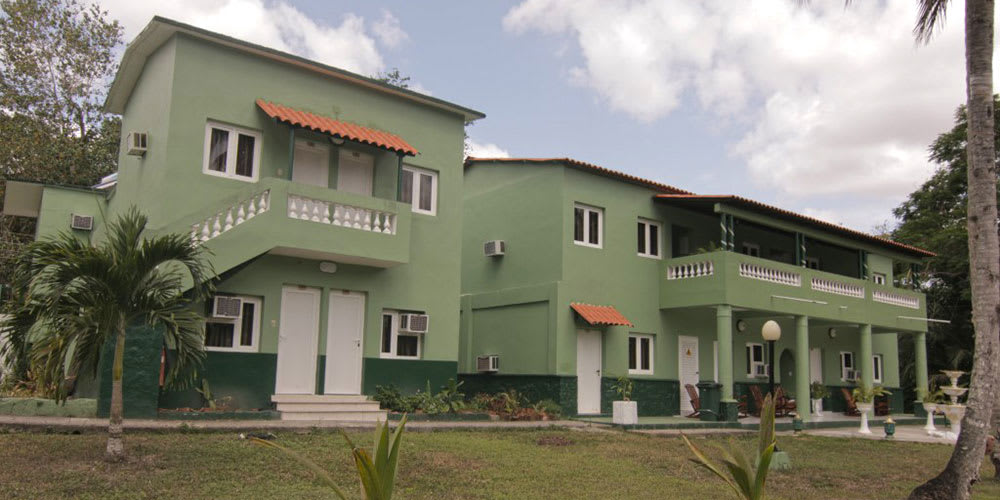 The exuberant species of the Guamuhaya, a mountain chain in the center of the island, full of nat... see more 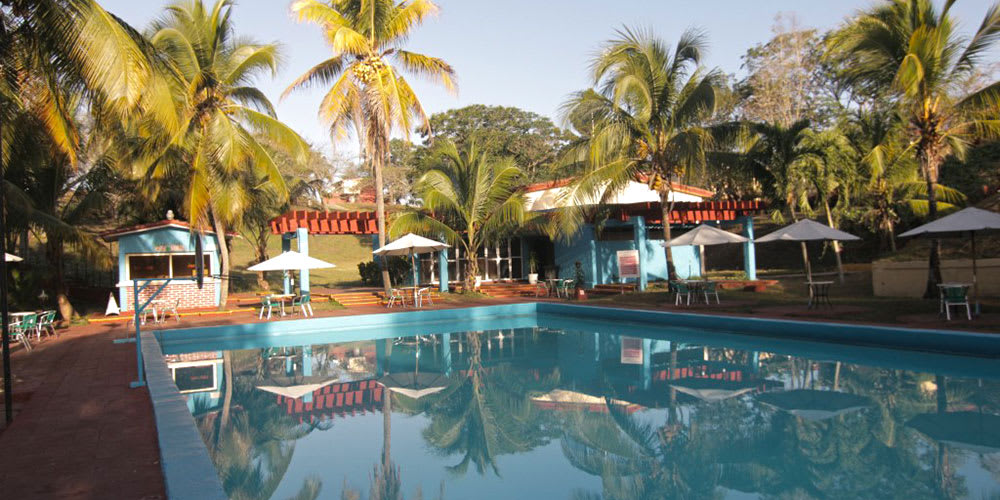 Rancho Hatuey is situated at the entrance to the city of Sancti Spiritus, in a natural environmen... see more